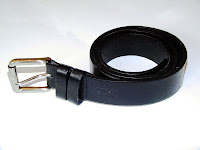 Today I woke up in a really bratty mood. I dont know why, but sometimes I am just really crabby and dont want to do anything. Well, S got online and we were talking and of course I was being a really big brat. You think I would have learned that lesson by now. He told me that if I was going to be bratty he was going to blister my bottom. And I laughed at him and told him I was calling his bluff. How stupid can I be at times. Why cant I just keep my mouth closed and be good. He has never told me anything and not followed through. So now Saturday, I think im in for more then I can handle! (although he did say that he would never use ginger on me, whew!) But he also knows that I am deathly afraid of the belt, but I think I deserve it for being such a brat to him, even after I knew I was already going to get it good.
Posted by BB at 5/29/2007 12:13:00 AM

BB
I am a good girl most of the time. But when I am not, I need a good hard spanking to put me back in the right mindset. I am single and looking for the right man to help me in my life.